Robert Scime has written 2 posts for The Digital Bullpen

A USF traffic research center wants to spy on your driving, but will pay you $500 to do it.

Well, spy might be a strong term, but the Center for Urban Transportation at USF is offering money to participate in a driving study that will give researchers a better understanding of the distractions that drivers face on the road.
The system includes three separate units that collect different types of driving data to get an entire spectrum of the driving scenario

“The study is geared toward the driver and how he or she drives and how they react to distractions on and off the road,” USF CUTR Research Associate Achilleas Kourtellis said, “We basically want to create a database of everything we can to determine the main causes of crashes.” 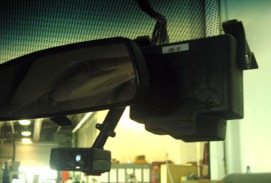 The head unit of the system collects numerous types of data from the number of passengers in the car, the interaction between the driver and consul electronics and even detects if there is a trace of alcohol in the vehicle.

The main unit of the system collects mechanical info like the cars speed, turn signal usage and brake application. The last part of the system is a front-mounted radar that records external factors of driving.

All data is collected and transmitted via satellite antenna that comes with the system so all the participants have to do is drive like they normally would.

According to the National Highway Traffic Safety Administration’s Fatality Analysis Reporting System there were over 370,000 fatal car crashes in the U.S. from 2000 to 2009.

Because of this shocking number of deaths, the U.S. Transportation Research Board granted 232.5 million dollars to six cities across the U.S. to continue research on a second Strategic Highway Research Program on Naturalistic Driving.

Because Florida had the second highest amount of fatal accidents in 2009, the study is being offered at the USF College of Engineering’s Center for Urban Transportation department and is currently looking for 370 more volunteers.

To participate in the study and earn $500 a year then visit the SHRP2 website to check for your cars eligibility and learn more. 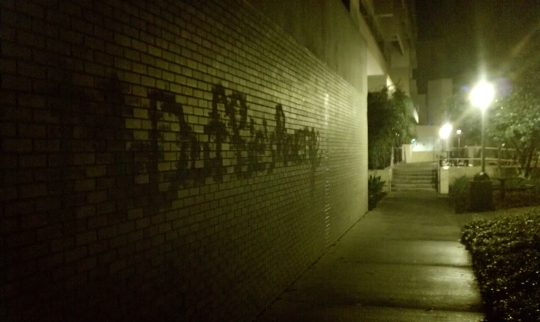 African American Marine Vet and insurance salesman Arthur McDuffie was allegedly beaten to death by five white police officers during a routine traffic stop in Miami in 1979. The officers tried to cover up their crime by making it look like a motorcycle accident. At the time, the civil rights activists took note and demanded that the men be punished. When four of the men who were tried were acquitted by an all-white jury the next year in Tampa, riots and protests erupted throughout the city.

USF’s Tampa campus was home to one of the many demonstrations and the rioters showed their frustration by painting an unknown number of lines on some of the campus buildings. McDuffie’s Revenge is reportedly the only one that can still be seen from a left-angle really late at night outside of Subway on the northeast corner of Cooper Hall.