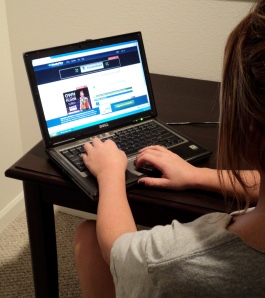 The music industry prepares for the worst after another year of music sales plunge.

The future of digital music looked promising with the sales of compact discs coming to an end.  However, after a fall in digital sales, the music industry fears that this is as good as it’s going to get.

According to the New York Times, The International Federation of Phonographic Industry, a trade group based in London, said that the sales of music in digital form had risen only six percent worldwide in 2010, compared to 12 percent in 2009, and 25 percent in 2008.  The report places much of the blame for the trend on piracy, linking it to falling sales.

Piracy and illegal file-sharing occur worldwide, but seem to be a major problem among college campuses.  College students everywhere are jumping on this illegal band-wagon because of its accessibility, convenience and price.

For a number of years, the University of South Florida has battled electronic piracy with its students.

According to past issues of the Oracle, in 2007, the Recording Industry Association of America first cracked down on USF when they sent 124 pre-litigation letters to USF students, accusing them of using the university’s network to illegally download music.  Fifty-four of the students were later sued by the RIAA.

In response to the music industry’s reaction against illegal downloads, USF partnered with Ruckus Network, Inc.  Ruckus, a software program, allowed students of the USF network the ability to download music for free.  Students could download and listen to any genre of music within the 3 million-track library at no cost.

The negative side to Ruckus was that the music provided in the library was protected; therefore, the free versions provided were not able to be played or transported anywhere else.  If students wanted to burn the tracks to a disc, they had to pay anywhere from 79 cents to 99 cents per track.

Eventually, Ruckus was unable to keep the students’ attention, and Academic Computing set up a software program, Red Lambda, that monitored students’ file-sharing on USF’s network.

At the beginning of every semester, every student who uses the USF network must agree to the university acceptable-use policies, which affirm that USF’s policies on electronic piracy are not being violated.  Any student who does not comply with the terms and policies is unable to access the university’s network.

The software program is currently used at the university, but students throughout the campus continue to illegally download music.

Kayla Brochu, a senior at USF said, “Honestly, everyone does it so much, I don’t even think of it as illegal.  It allows me to download music for free and being a college student, not much is free.”

A fellow senior at USF, Ashley Knoch said, “It’s something that I’ve been doing for a while now.  I think it’s becoming more easy to access because it’s so popular.  Everyone knows someone who does it, so more and more people are catching on.  And it’s free.”

According to The New York Times, Frances Moore, the chief executive of The International Federation of Phonographic Industry said, “As we enter 2011, digital piracy, and the lack of adequate legal tools to fight it, remains the biggest threat to the future of creative industries.  Great new legitimate music offerings exist all over the world, offering consumers a wide range of access to music.  Yet they operate in a market that is rigged by piracy, and they will not survive if action is not taken to address this fundamental problem.”

If digital piracy and illegal file-sharing continue, digital music sales will continue to fall.  This trend will leave the music industry short billions of dollars needed to replace the former sales of compact discs, according to The New York Times.