Nick is a senior mass communications student at the University of South Florida and the current director at Bulls Radio.
ngryniewicz has written 9 posts for The Digital Bullpen

The University of South Florida Bulls baseball team suffered their first loss of the season 9-1 Wednesday night at the hands of the University of North Florida Osprey. The Bulls pitching staff struggled, giving up 9 runs and 18 hits and the offense mustered just 6 hits against North Florida. The Bulls host Bethune Cookman on February 24th, 25th and 26th at the USF Baseball Stadium.

The USF Men’s Basketball team needed all forty minutes Sunday afternoon to defeat the Cincinnati Bearcats 46-45 at the Tampa Bay Times Forum. Bulls’ Freshman Anthony Collins sank two free throws with 3.2 seconds left to give USF the win and their eleventh conference victory of the season. The Bulls are now 18-11 overall and 11-5 in Big East play. USF heads out on the road to play Louisville before coming home to host West Virginia for the final regular season game of the year. 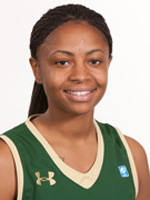 The USF Women’s basketball team defeated the University of Pittsburgh Panthers 62-50 Saturday night at the USF Rec Center. The win moves the Bulls back to 7-7 in Big East play. The Bulls welcomed back leading scorer Jasmine Wynne, who had missed the last four games after suffering a concussion. Wynne led the Bulls with 14 points.

The USF Baseball team started the 2012 season with a 5-3 win over The Ohio State University Buckeyes at the Walter Fuller Complex in St. Petersburg on Friday. Bulls reliever Nick Gonzalez (1-0) gave the Bulls 3.2 innings of scoreless relief and picked up the win. Bulls designated hitter Todd Brazeal went 4-4 in his season debut with a run scored. The Bulls will face Michigan State on Saturday afternoon at the Jack Russell Memorial Stadium in Clearwater at 1:00 p.m.

The USF Baseball team strolled away with a walk-off victory over the Michigan State Spartans Saturday afternoon at Jack Russell Memorial Stadium in Clearwater. The Bulls (2-0) were held to just 3 hits over 7 innings by MSU starter Andrew Waszak. After Waszak was lifted at the start of the 8th inning, the Bulls jumped all over reliever Jeff Kinley, scoring the tying run in the 8th and winning on Andrew Longley’s home run.

Joey Lovecchio made his debut for the Bulls by pitching 5 innings, striking out three players and giving up only one run.

The USF Bulls men’s golf team is getting their spring schedule underway on February 12th at the UCF Invitation Tournament in Orlando, Florida. After three, top-10 finishes in the fall, USF Head Coach Chris Malloy is excited for the spring season to start and has high expectations for his team.

The University of South Florida Baseball team is just a few weeks away from officially opening up the 2012 season on Feb 17. Head coach Lelo Prado spoke to the Digital Bullpen about the upcoming season.

AUDIO: USF Baseball’s Barbosa: “We Can Win the Big East”.

With just two weeks before their first game of the season, the USF Baseball Team opened their first official practice of 2012. One of the biggest questions about the Bulls this year is the health of 6-8 starting pitcher Andrew Barbosa. Coming off season ending Tommy John surgery, Andrew says he’s feeling good.

The Bulls were picked to finish 4th in the Big East pre-season poll that debuted a couple of weeks ago but Barbosa thinks the Bulls  can do better than that.

Once again there are high expectations for the Bulls who get their season underway in St. Pete on February 17th against Ohio State in the Big East-Big 10 Challenge.

Click here for our audio coverage of the Bulls basketball game on Wednesday night: